Bach and breakdancing don’t go together? The four-time breakdance world champions FLYING STEPS, together with opera director Christoph Hagel, prove the contrary in their show FLYING BACH. In 2010, the FLYING STEPS made their debut with the world’s most successful crossover show at the Neue Nationalgalerie in Berlin and since then have been touring the globe almost non-stop. And now they finally stop by the Wintergarten Varieté Berlin, where once the world premiere of this show was planned.

Seven dancers, one teacher. The group is practicing in the rehearsal room for their big performance. Preludes and fugues from Johann Sebastian Bach’s “Well-Tempered Clavier” determine the action. Quarrels, fights, disappointment and joy – the changing moods of the music are reflected in the dancers’ gestures. When a mysterious woman enters the training room, the arguments climax: breakdance meets contemporary dance, man meets woman, desire meets rejection, arrogance meets curiosity. The elegant music of Bach, interpreted by breakdance with explosive movements, creates an amazing and entertaining atmosphere that will captivate everyone equally – whether classical or street dance fans. FLYING BACH is the perfect family show!

“Let the well-tempered piano be your daily bread” as recommended by the famous German composer Robert Schumann as early as 1850 in his work “Musikalische Haus- und Lebensregeln” (Musical Rules of Home and Life), calling Johann Sebastian Bach’s groundbreaking collection of preludes and fugues for a keyboard instrument “the work of all works”. For many exceptional musicians, the “Well-Tempered Clavier” has provided the artistic nourishment they need ever since. It is considered one of the most important works in the history of classical music and the most influential polyphonic work visualized note for note by the Flying Steps.

The FLYING STEPS from Berlin are four-time breakdance world champions and an award-winning street dance company founded in 1993 by Vartan Bassil & Kadir “Amigo” Memis. To date, the company includes more than 40 professional dancers. However, the FLYING STEPS do not only create and produce international dance shows: In 2007, they founded their young talent school, the Flying Steps Academy in the heart of Berlin. With more than 40 teachers and over 100 classes, it is the largest urban dance school in Germany.

To date, the FLYING STEPS have presented their show FLYING BACH in more than 50 countries – from the USA to Chile to Singapore – and performed in the most renowned theaters – e.g. the Burgtheater Vienna, the KKL Lucerne or the Chicago Opera House. So far, they have been able to thrill more than one million spectators. FLYING BACH is the first breakdance show worldwide to be honored with the “ECHO Klassik Sonderpreis” (since 09/18 OPUS Klassik), the most important award in the music industry.

VARTAN BASSIL – Artistic director and founder of the Flying Steps 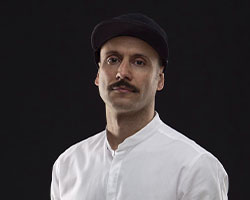 Without Lebanese-born Vartan Bassil, the history of B-Boys in Germany would be short. The self-taught dancer founded the Flying Steps together with B-Boy Amigo in 1993. Bassil’s talent for exciting stage shows and choreography led to four world championship titles for the Flying Steps – including the Battle of the Year in 1994 and 2000. It is thanks to his creativity that FLYING BACH became such a huge success. He was inspired to come up with the idea for FLYING BACH after attending a classical concert. Today, Vartan is more than just the creative director and CEO of Flying Steps Entertainment GmbH. 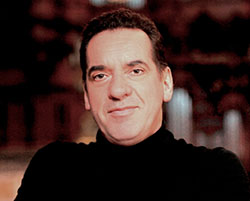 Hagel grew up in Baden-Württemberg and completed his musical education in Vienna, Munich, Berlin and in New York, where he studied with Leonard Bernstein and Sergiu Celibidache. In addition to his engagement in and around Berlin, Hagel worked in Latin America for many years, conducting orchestras in Argentina, Colombia, Mexico and Peru. He became best known for his modern adaptations of classical operas in unusual locations in Berlin: for example, he installed productions of Don Giovanni in an old power station and set up Die Zauberflöte in a subway station.

Let yourself be seduced by culinary delights, from clever snacks to exquisite 3-course menus, and enjoy the show with a good bottle of wine, a sparkling glass of champagne or a sophisticated cocktail.
ENJOY Reserve